Yup, we are a wee bit early with St Paddy’s Day…but actually we think its better to be a wee bit ahead of schedule, than to late. We don’t like being the cow’s tail, BOL!

We have had some really tantalizing spring weather and all our snow is gone, even where it had been piled high!

But not to get our hopes up too much, cause the temps are supposed to cool off and we might even have more snow. Sheesh. Winter likes to do battle with spring and they fight it out to the bitter end, LOL! The fights must have been terrible, cause the past couple of days have been VERY windy! We have a wind mobile in our yard, and petcretary thought it was going to fly away!

We are yawning a lot today…petcretary, too…the clock had an hour stolen from them, hence everyone had an hour of much needed sleep stolen as well! Its a crime we say; a crime! The coffee pot is working overtime today, LOL!

So you all know that everyone is Irish on March 17th, right?? Well, apparently that means us, too…. 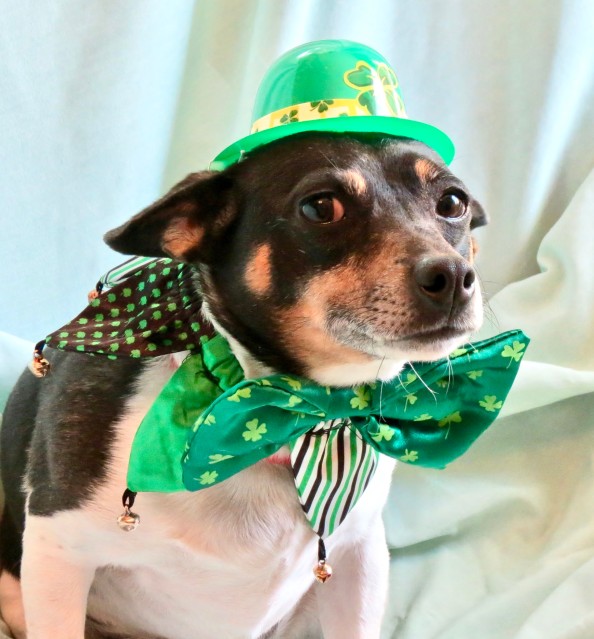 Petcretary was up early this past Tuesday, and was jamming the doorway to Teddy’ Blog, and she burst through along with four others…what a tight squeeze that was, but it was worth it, LOL!!

She got the early bird badge…but this Teaser was very hard, in fact it was a doozy and stumped everyone. Petcretary spent way too much time trying to sleuth the mystery picture, she virtually traveled all over the globe! Then she landed at the bottom of the globe in New Zealand…and she thought she had found it…so she posted her guess…then later she changed her answer…but neither was correct! Sheesh! She should not have done that…nevertheless, at the Tell All, she found out she had been almost there in her first guess, the spot in NZ.

So ‘Professor Teddy’ gave her a close but no cigar badge! LOL!!

Here is the picture we were all trying hard to figure out:

We were very saddened to hear about Genji, From The Poupounette, having to become an Angel Kitty. He struggled with health issues for quite a long while, but its so sad when they have to say goodbye, till we meet again. His family is heart broken and missing him terribly.
We made a memorial card in his honor.

Following in the legendary pawsteps of Lexi the Schnauzer

The adventure's of the cheekiest house rabbit

Princess on a mission

LIFE AS A DIVA KITTY GIRL

Get your cat fix on vacation, on the road, or at home