Folks, we are buried in deep snow…well, we admit not nearly as bad as some folks, but sheesh over a foot of snow is bad enough…and its not even officially winter, yet! All this started last Thursday afternoon… 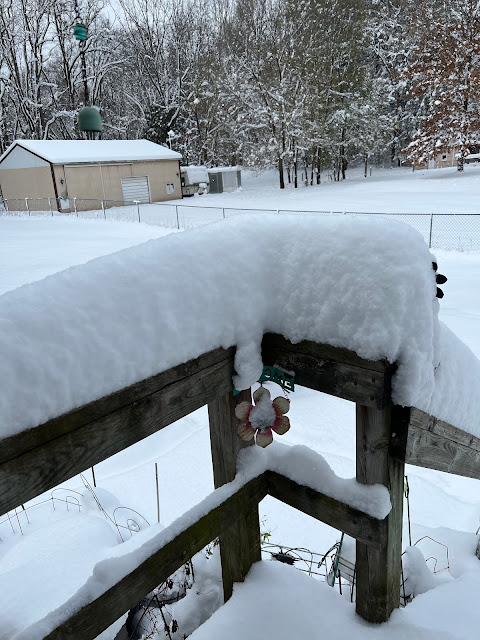 We watched as petcretary and pawppy cleared the walks and driveway, and dug out the cars…it took them a few hours, and that was with the snow thrower helping them! It was heavy wet stuff, because all that snow came down at temps around 30F. Right now its in the low 20’sF. And the winds are picking up once again, which of course means more snow, and we are in a storm warning area till into Sunday morning…and of course this is the weekend that petcretary has to be at work…at least she won’t miss the local Christmas Parade…it got cancelled, LOL!

All the schools and various other places were closed on Friday. Our road was not plowed until Saturday morning, which of course means that now the end of the driveway is blocked again…arghh! 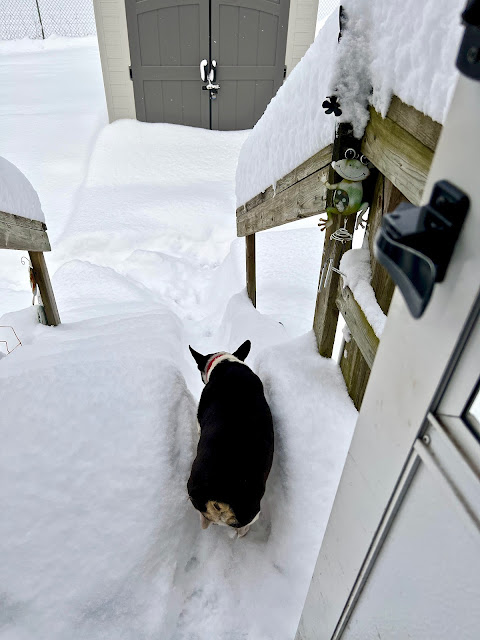 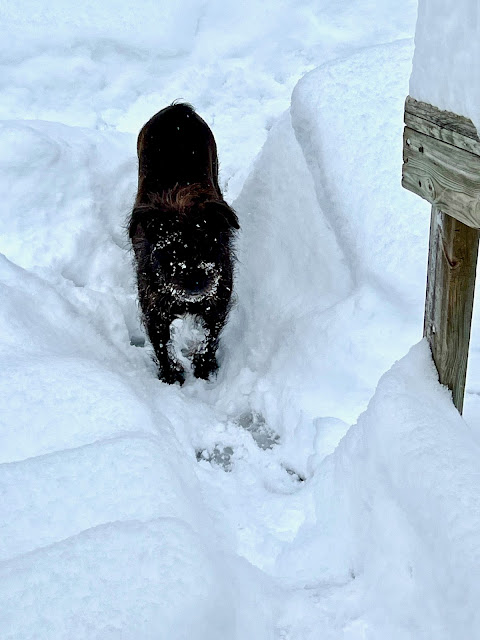 Benji seems to enjoy the snow a bit more than Dalton. Benji thinks there are good sniffs to be had, but Dalton just stands there and watches before looking for other spots to keep his toes out of the snow, or he goes to find petcretary…but silly pup that he is, he doesn’t go back into the house, he wants to keep his eye on everyone else! 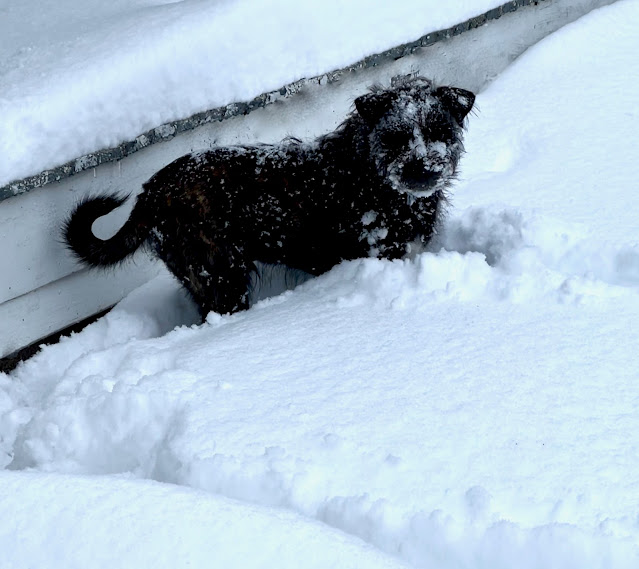 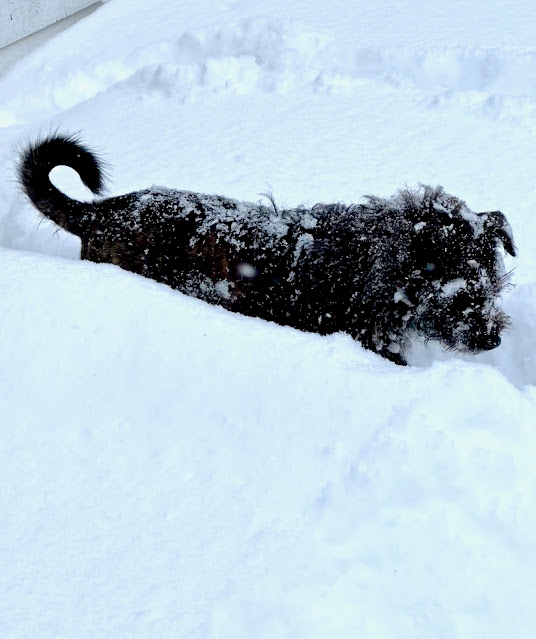 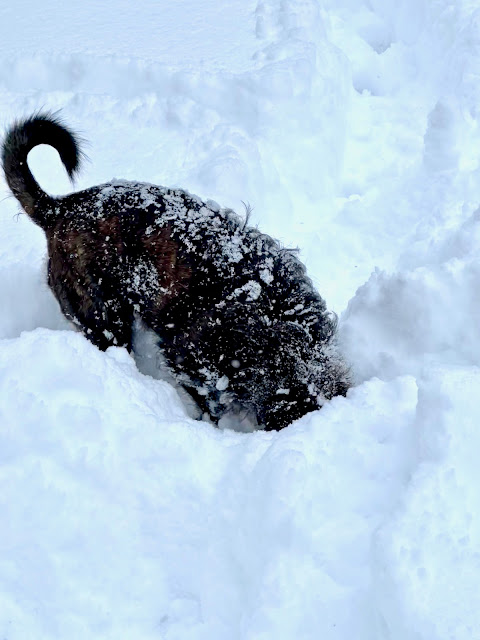 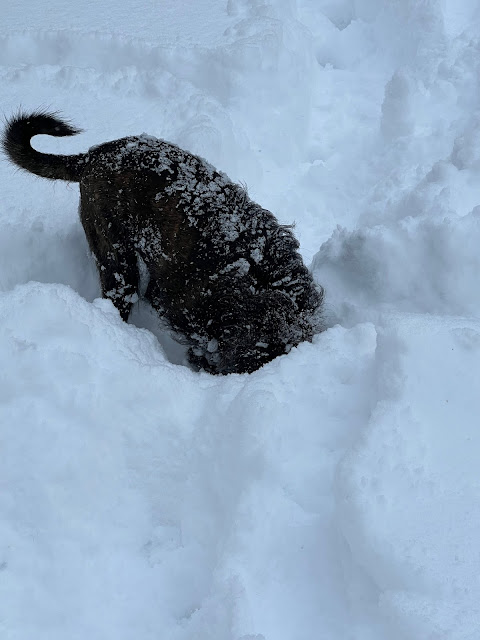 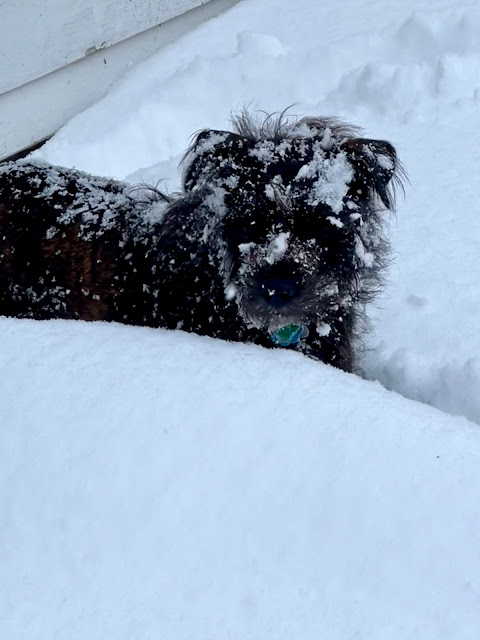 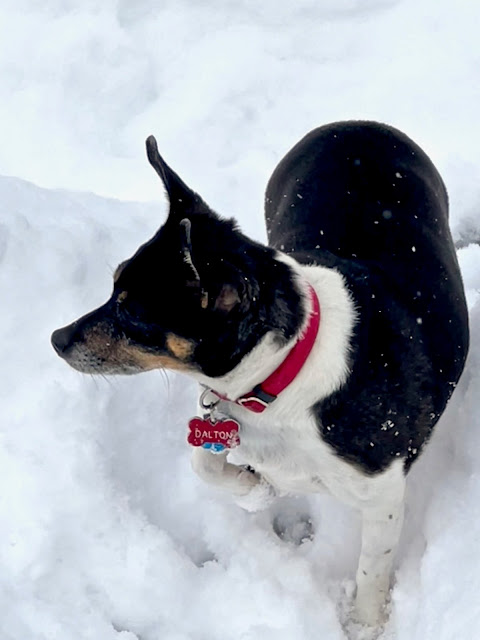 Of course the birdies were VERY hungry, and petcretary had to go out and clear the snow off of the feeders so they could get at the noms easier…but not before she tried to take some guest selfies…most are not the best, taken from inside the house with her phone…through the still blowing and falling snow at that time…as it snowed almost all day on Friday. 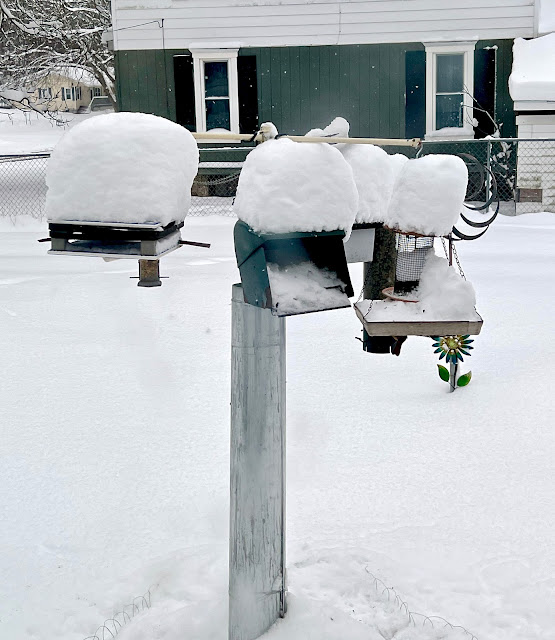 We didn’t get their pictures, but there were also a lot of different species of woodpeckers, a wren, and tons of finches and juncos. We always put out mealworms, suet, sunflower seeds, peanuts and a mix of fruit and nuts. For some reason, the bluebirds we saw a lot of last winter and spring are now only very rare visitors.

Petcretary was at her work just before she published this blog…and wouldn’t you know it…we had yet another dump of about 6 inches of snow, but its a lot fluffier and easier to clean up…phew! But the roads were a mess, and she once again crawled home at slow speed to not slide off the snow covered and sometimes icy roads. The winds are gusting up to 40MPH, and the temps are in the low teens F, right now. Brrr, this is one big storm system!
~~~~~~~~~~~

Sadly, this past week, Tuiren’s family had to say a final goodby to their sweet pup. 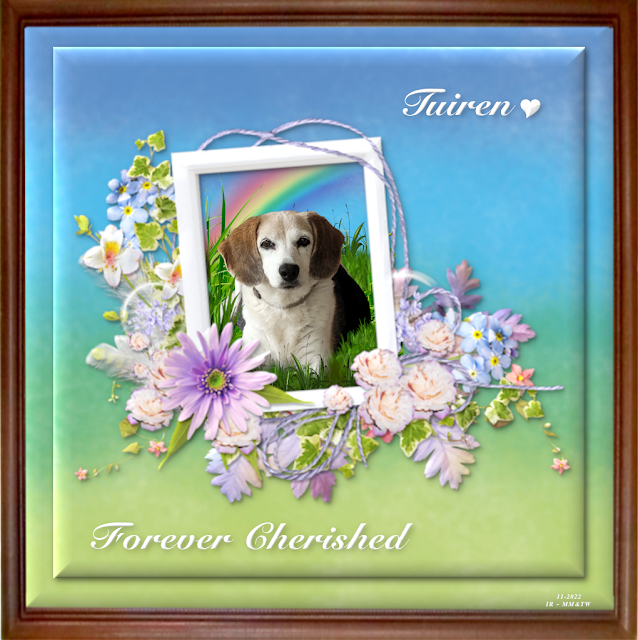 We also heard that Valentine’s mom being ill, has decided to retire their blog, and that since last December when they last made a post, both Myrna and Bessie have gone to the RB as Angels.

You can visit them here if you wish to send them off with best wishes and hope for the future.

The Blessing of Animal Companions

Reflections on living with and caring for animals

Little Miss Titch & The adventures of a Gossip Bunny