Not a very exciting week here at Casa Meezer & Terrierists…but for some reason, we think that could be considered good, MOL/BOL!

A lot of folks were in the regions affected by that nasty tropical storm/hurricane earlier this week. We did get some needed rain, but no bad weather. We hope all are safe and have their power back on if was disrupted. And we send comforting thoughts, purrs and aroos to those who lost loved ones.

Benji made another trip to see his vet, Dr Ben, we think it’s neat that he sort of shares the same name…BOL!

Anyways, he was still having no appetite and continued to make very loose yard art…um…kind of more like pudding than sausages…yes, we know, TMI, TMI!!!

Anyways Dr Ben found ‘spirochetes’ in the sample we brought along…but he said the Giardia was gone. He thinks Benji likely had those spirochetes all along but missed them the first time, due to the tiny sample he had then…well, whatever. So now he is on a different antibiotic to kill those nasty things. After three days he has more formed do-dos and his eating is somewhat better. Sometimes he doesn’t want to eat at all, and sometimes he gobbles the whole thing up. Go figure. So if he won’t eat, he gets some other food to tide him over till he gets his next regular meal, and mostly then he will eat. Sometimes he will only eat f we feed him a wee bit at a time…spoiled rotten pup!! BOL!

At least by doing that, he hasn’t lost too much weight.

And he acts pretty normal, barking at any and all seen and unseen monsters and foraging, digging in the yard. Sure, I  am not sick…BOL!

This week, before he went to see Dr Ben, there was a big deaded bunny on the grass…at least not ripped apart like the previous one…and a big fat dead mole. Yuck! They are keeping a secret as to who snagged what varmint…

Dalton is as crazy as ever as regards to Pawppy, each morning (and evening), he is Pawppy’s best friend, cause he is the food man, but when he picks up his briefcase to go to work…(Hooray, he was called back to his job!), he puts up his hackles barks and growls and tries to nip his ankles. Sheesh, what a messed up traumatized little pup he is. Will he ever get over that? He’s soon going to be here three years…sigh…

Oh well, he is our little Dalton, and we will love him as long as he is here! Forever like:)

Pipo seems to be slowing down, though he comes a begging in the kitchen, pups or not, if he hears any container from the fridge being opened…like the yogurt ones. How can he differentiate between them?? Nothing amiss with his hearing, even at his senior age of 15 3/4 years. And he still ‘rules’ those hooligan pups with his fast whappy paws! MOL! They are scared of him – hah!  He is eating pretty good lately…not a lot, but enough. He does look rather gaunt…so every other day he gets that appetite stimulant. He gets blissed out with some of the nip that *she* brings in from the garden.

Ok, it wasn’t such a boring week, afterall. MOL! BOL!

So here are the selfies you wanted to see…Pipo as usual is not very interested…so the zoom lens helps a bit, therefore they are rather grainy… 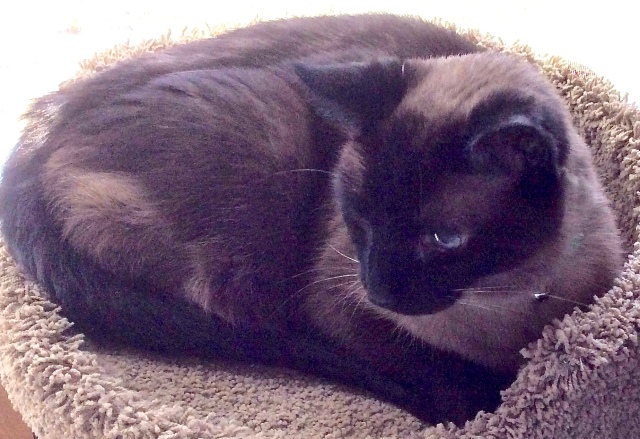 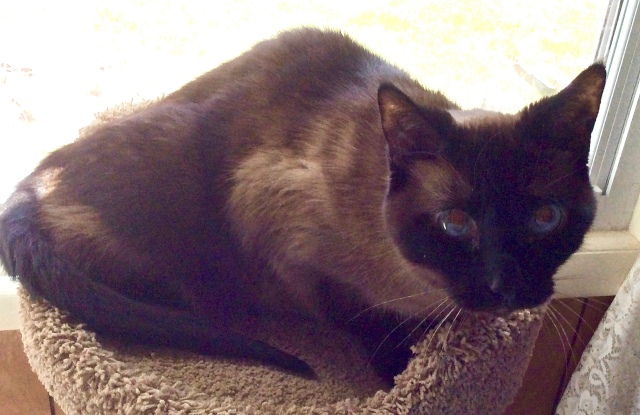 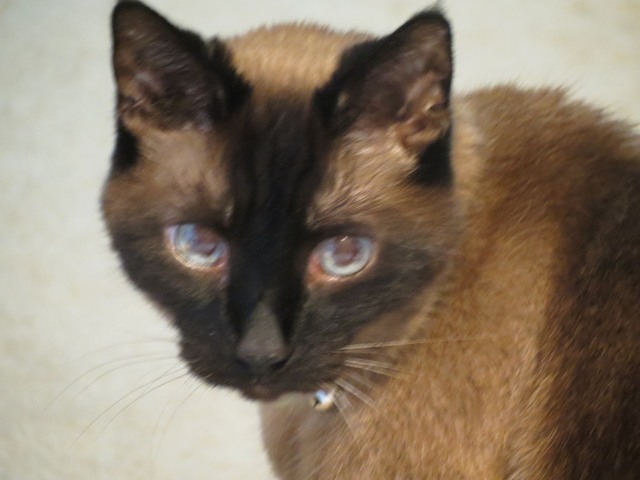 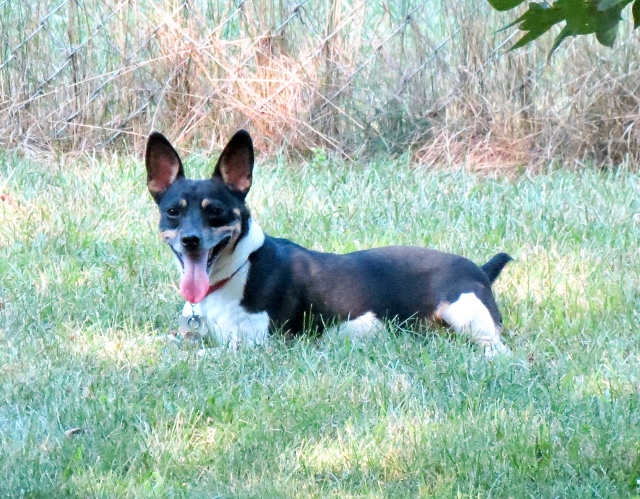 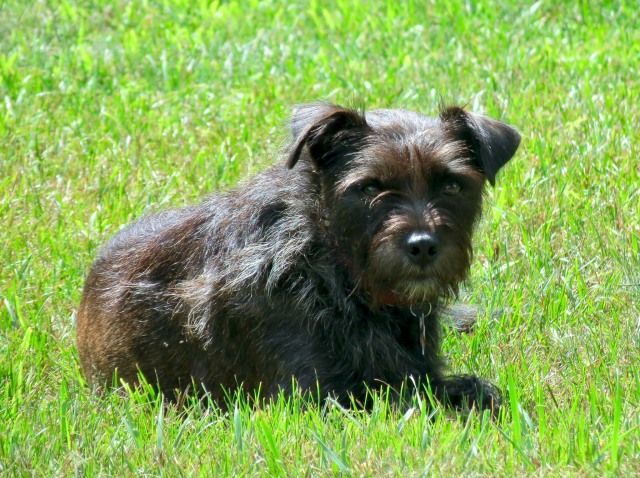 There has been a lot of sadness in Blogville recently. We didn’t know some of them, but  our hearts  go out to all their families. We did know the sweet and precious Georgia from Mickey’s Musings quite well…so we made a memento card in her memory.

Tails Around the Ranch

Adventures of a pet therapist in training and his Ninja sister

Following in the legendary pawsteps of Lexi the Schnauzer

The adventure's of the cheekiest house rabbit

For the love of pets

Princess on a mission

~ Art, cats, nature, animals, weather, and whatever. Painter at heart ~

Get your cat fix on vacation, while traveling or at home

A not-so-crazy couple with 15 cats

The Life of Service Cats